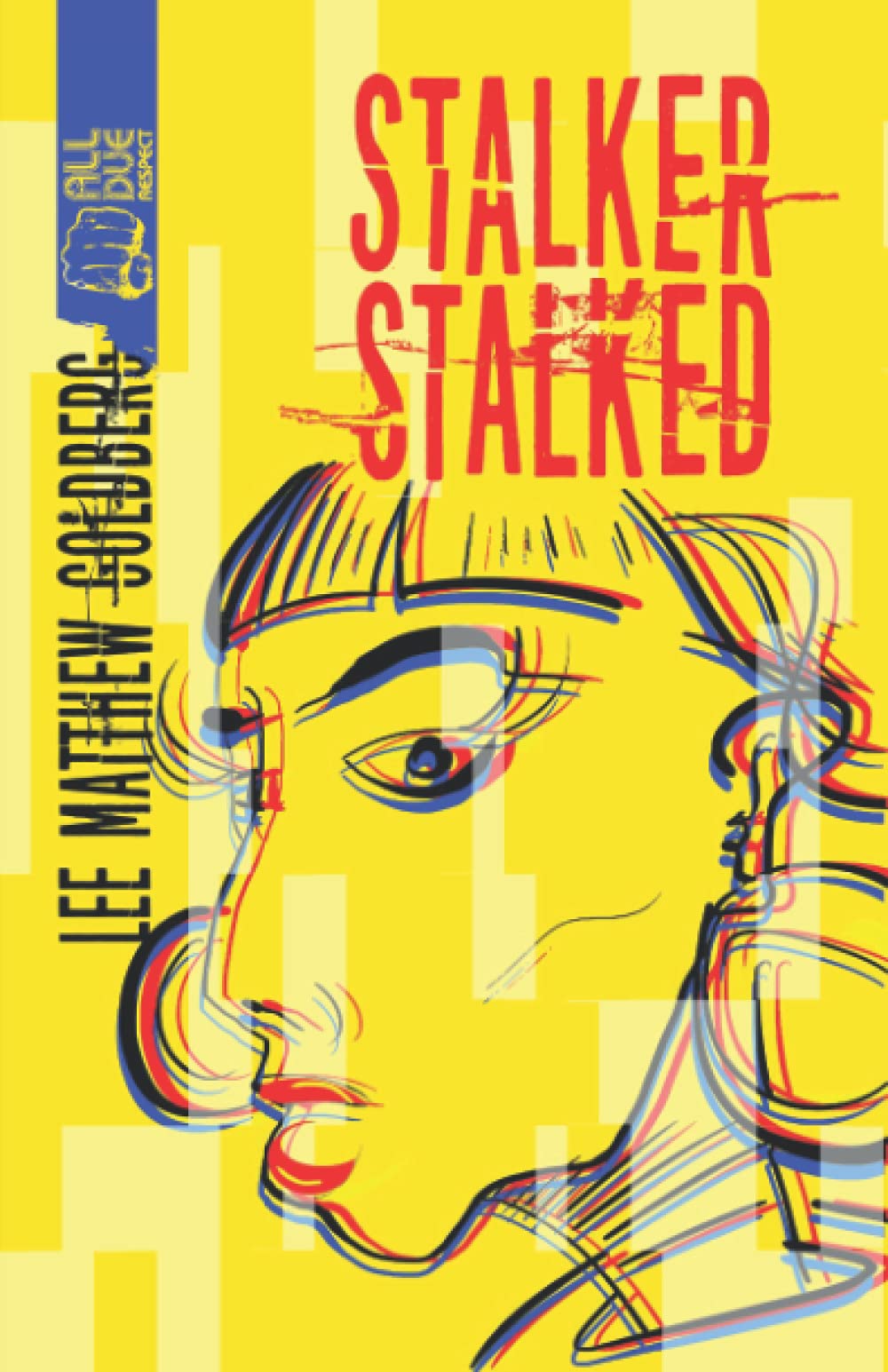 Stalker Stalked follows Lexi Mazur, a wily pharmaceutical worker with a series of destructive habits, including obsessive stalking. Engrained in her practice of pill-popping, drinking, and depressive cycles, Lexi becomes caught in an eerie game of cat-and-mouse when she becomes the target of a stalker herself. What follows is a chaotic binge of affairs sending her spiraling into hallucinations, public fistfights, and so much more. Lexi is forced to come to terms with her toxic behavior in order to solve the identity of her pursuer and recover from addiction.

Goldberg’s kaleidoscope cast is the primary source of interest as they illustrate various faces of desire, materialism, trauma and exploitation. The protagonist is vengeful and troubled. Worst of all, she is entirely blind and unaccountable to herself. Her best friend (a title that is difficult to believe as Lexi’s sporadic emotional changes leave her the target of hateful barrages and manipulation), is loving to her own detriment and introverted with an unrequited love for Lexi. Idol and later rival, Magnolia, is the stereotypical mean girl living a life too big and too oblivious for her own good, which directs her into the perfect storm of Lexi and the insanity of Hollywood politics.

Stalker Stalked nails the chaos and uber-dramaticism of reality television with Lexi’s self-destructive nature making the implosion of her life equally satisfying and tragic. The plummeting decay of order aligns well with the reality television aesthetic, compounded by explicit and raunchy scenes, the novel certainly appeals to lovers of messy dramas, chick-flics, and reality shows. Goldberg shows a knack for evoking reactions from the reader, particularly when Lexi’s emotions are in full swing. This is filled with minute moments likely to draw out gags from the reader.

The manifestation of violence between the cast within Stalker Stalked holds the majority of its worthwhile moments. Between the psychological trauma brought on by spacial and emotional invasion, social war amongst Lexi and the Socialites, and the vicious friction with lovers, family, and friends, Goldberg succeeds in balancing a small network of unique relationships defined (and sometimes concluded) by violence. The verbal fights between Lexi and Magnolia are just as ugly as the fistfights, every stream of spittle thrown feels like a personal affront, every scream released is made jagged and killer, and every brain-melting session after an ingested pill urges anxiety from the reader. The added loss of sanity due to her long-term pill usage adds much-needed texture to a plot that seems to rely too heavily on raunchy scenes.

Lee Matthew Goldberg commandeers the tone and painted extravagance permeating reality television, tailoring an eccentric story of a protagonist coming face-to-face with dreadfully ironic consequences for their actions. This results in a book crafted for regular viewers of Keeping Up With The Kardashians, Real Atlanta Housewives, and similar shows. Although, Lexi’s story curves into a less than satisfactory and a little-too-neat conclusion, one that questions whether the book wants to be a substance abuse awareness piece, it is unquestionably an enjoyable and messy ride.

About the reviewer: Craig Hayes II is a recent graduate of the University of Pittsburgh, having majored in English Writing with a minor in Secondary Education. Hailing from Houston, Texas, Craig is a poet, musician, and a lover of all forms of art and expression. He has an MFA from NYU.

← A review of Selected Poems: The Director’s Cut by John Yamrus
A review of Pentimento by Daniel Ionita →