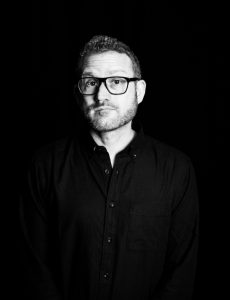 Safran first addresses why he chose to write his new book, instead of opting for the more traditional (and seemingly easier) medium of filmed documentary making. ‘All sorts of reasons,’ he says. ‘One is that I really like that, how with a book, I can come and go as I want on my own and just kind of needle my way into places. Like rocking up at the front door of some dude whose is part of the United Patriots Front. It’s a lot easier to sell that just with a Dictaphone, than a full camera-crew already recording.’